The Thermapen® was reviewed in The Independent on 29th June 2012. Samuel Muston from their Food Desk had this to say:

“On the Indy food desk, we like nothing better than slow cooking a large slab of meat. But even for long roasts, accuracy is required. A recent experiment in barbecued pulled pork (done in the oven, admittedly) required constant surveillance of the meat’s core temperature, which made our latest gadget a very handy one. The Thermapen is a colourful little, instant-read thermometer which is sharp enough to pierce even a cheap pork shoulder cut. It’s also fast and accurate enough for the slightly more scientific world of baking. Get poking.” 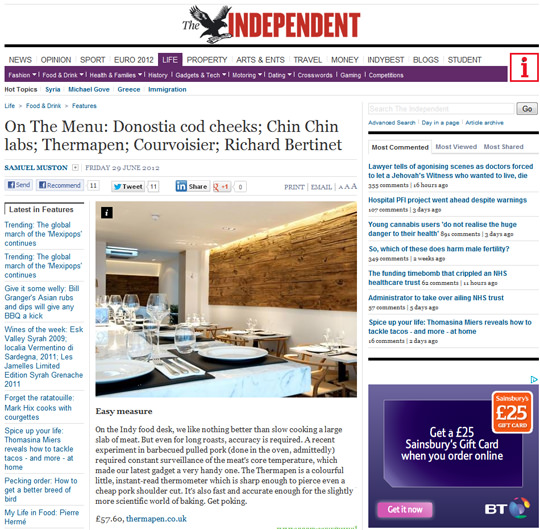